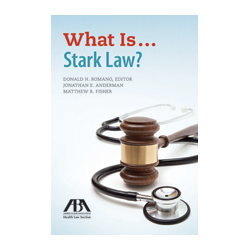 In July of 2015, the Centers for Medicare & Medicaid Services (CMS) published proposed modifications to the Stark Law regulations [Section 1877 of the Social Security Act (the Act) (42 U.S.C. 1395nn)]. The Stark Law has been widely criticized for its complexity, and the proposed changes and clarifications are aimed at easing the technical burdens of the law.

The financial relationships between physicians and other healthcare providers will be affected by these proposed changes, making life easier in some ways, and raising questions in others.

According to the Stark Law, physicians may not issue referrals that would result in government reimbursement to any entity in which physicians, or an immediate family member, shares a financial relationship. By preventing physicians from making these types of referrals, including self-referring or prescribing unnecessary services, the integrity of patient care is preserved. If certain inconsistencies appear when examining physician compensation – including full-time benefits given for part-time work – the government may consider this to be in violation of the Stark Law.

In the non-profit sector, departments that do not generate income are often maintained because they add value to the community. Funds may be redistributed from a profitable area of the hospital in order to subsidize the non-profitable department. If it appears that a physician is earning an unreasonable income, and an acceptable reason is not provided that explains the disproportionate compensation, the hospital could be in violation of the Stark Law.

The changes to the Stark Law would allow for two exceptions:

These changes seem to be a reflection of two main themes. First, CMS hopes to ease the burden of specific Stark Law requirements, ultimately reducing the need for providers to reveal any technical violations of the Stark Law. In addition, as a result of the proposed changes, CMS is requesting feedback and recommendations about any additional steps that should be taken to promote health reform initiatives.

Violations of the Stark Law can result in criminal charges, including imprisonment, so it is crucial that physicians understand the proposed changes to the law. The experienced, dedicated New Jersey health care lawyers at Michelman & Bricker, P.C. work closely with healthcare professionals and facilities to ensure that you are in full compliance with the latest requirements. With offices conveniently located in Philadelphia, Pennsylvania, Cherry Hill, New Jersey and Longmeadow, Massachusetts, we represent medical professionals in all legal matters in the Harrisburg, Philadelphia, and Cherry Hill areas, and throughout Camden County. Call us today at 215-557-9440 or contact us online to review your case.